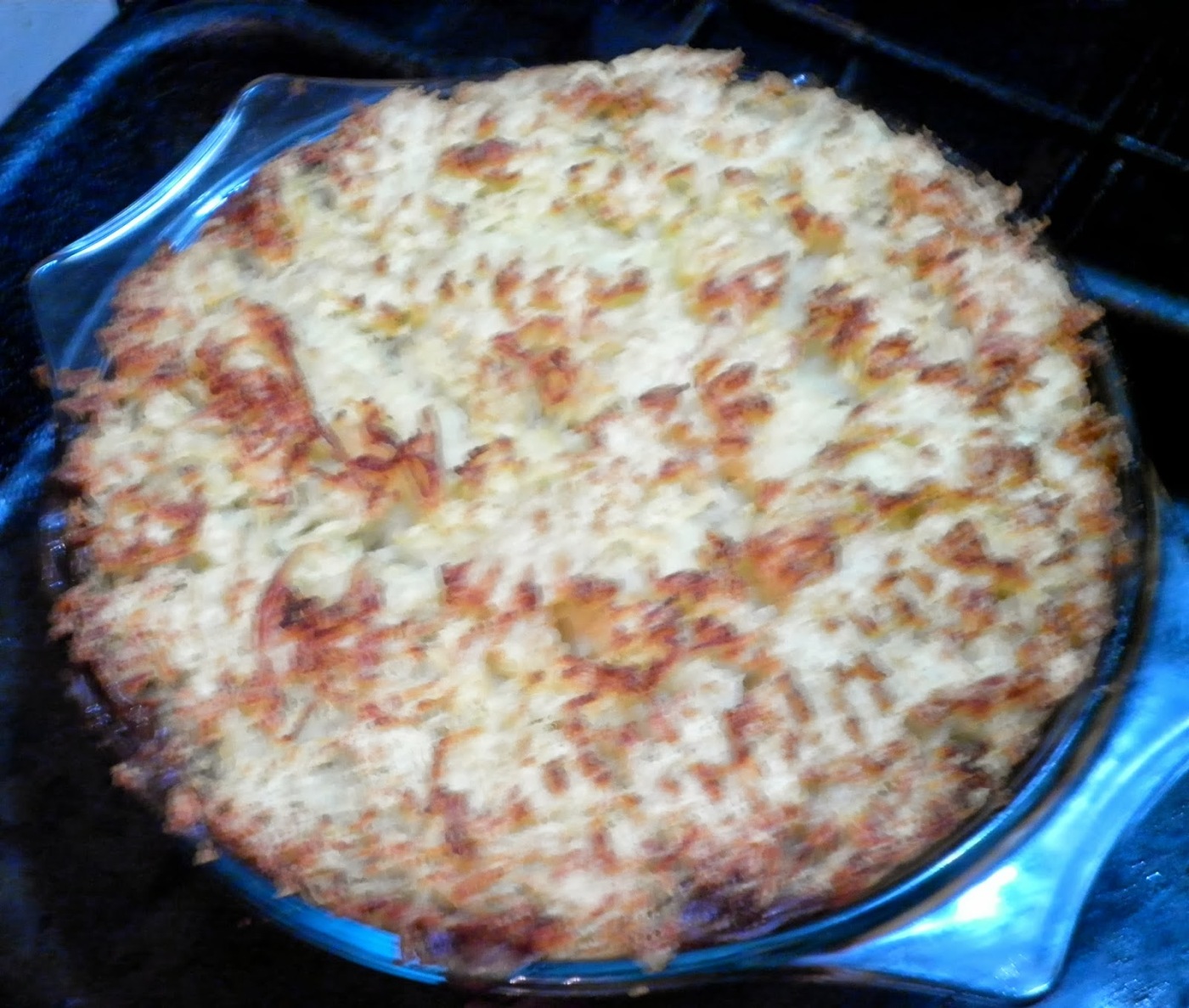 The most popular blog post ever on More Gravy is the one about Vegan Cottage Pie which I would have you know has been accessed by more than a thousand Russians. I don’t know why they come because their source is Cyrillic, but I think the foxy doctor image is trying to convey a health message and my pie is v. healthful, so I’d hazard it’s the recipe they want rather than the dodgy joke about gay sexual practices (for which I hereby apologise).

I suppose I chose to call it a ‘cottage’ pie simply for the sake of that quip, because it actually isn’t. A cottage pie is one topped with sliced potatoes, like the slates on the roof of a cottage, whereas a pie topped with fluffy mashed potato, like a sheep’s fleece, belongs to a shepherd. I possibly didn’t want to associate my vegan pie with livestock of any description (so I went with the anonymous gay sex in public toilets angle instead). This time, I am calling it what it is.

The way it came about, this pie, in November 2010, was following my stint the previous year running the kitchen at a meditation retreat centre where the cooking is done by volunteers. Back in the mists of time, when the centre was small, their menus had been designed and recipes written by perspicacious vegetarians to feed dozens of people. As the centre grew and the numbers increased – first to scores and now to 200 – these recipes were progressively simplified, leaving some incongruities.

There’s this aduki stew that I couldn’t get my head around until I found out that it had been the filling for a vegan shepherd’s pie. In my time, the pie  had been de-constructed and the mash was served separately. It’s still on their menu, but now they don’t even mash the spuds, just serve ’em steamed. To me, this regression seemed a shame and, after my service ended, I played around at home to recreate the pie as I imagined it might have been.


What I came up with was basically a bean stew – a brown bean stew red – incorporating adukis but also other beans – black eye peas; red kidney beans – topped with a mash that usually included other roots – parsnip; celeriac – with the potatoes. I did this in a number of permutations and, as more than a thousand Russians might attest, my well-blogged Vegan Cottage Pie was by no means a Bad Thing.


Then I got a pressure cooker and finally began to understand how well properly-cooked aduki – Google prefers, ‘adzuki’ – ooky beans can work as a substitute for cooked beef mince. One does not even need to soak those suckers, just bung a cupful in the pressure cooker with three times their volume of water (ensuring that your apparatus remains at least a third empty, leaving plenty of room for expansion) and add a spoonful or two of yeast extract and/or gravy browning. I mean. Bisto!


This pie is in three parts: the aduki-ooky; its gravy; the mash on top. While the pressure cooker does its thing, organise these other elements. Put the spuds in the steamer and chop a mirepoix of onion, carrots and celery for the gravy. Mince a handful of mushrooms to make a meatier flavour.


Sweat the veggies in oil with the minced ‘shrooms, plus a couple of cloves of roast garlic and, perhaps, a few shakes of dried herbs, until they soften and start to caramelise, then add a bit more than a pint – 600ml, say – of bouillon and mix in a couple of teaspoons of gravy browning.


After your pressure cooker’s steamed at least twice, take it off the heat and leave it to cool, continuing to cook as the gravy browns and thickens, before eventually combining the aduki-ooky with its luscious gravy. Put the pie filling in the bottom of a casserole dish and leave it to cool.

For the mash, I use red-skinned spuds, which I don’t bother to peel before steaming for 20 minutes. Once the potatoes are cooked, I slice them and place each piece cut side down in a ricer. A ricer is the essential bit of kit for making unlumpy mash and you don’t even have to peel the potatoes, because their skins will stay inside the ricer while their flesh will be pushed through its holes. In this way, I cover the aduki-ooky pie filling, which should have sufficient surface tension to support it, but if one’s filling is on the sloppy side and absorbs some of the potato, so what?

Cover the filling completely with mashed potato and seal it around the edges of the casserole dish as best  you can, so that more flavour is infused into the aduki-ooky in its secondary cooking. Using a ricer to squeeze your mash means it will have little noodly peaks that will crisp up in the oven when you come to bake your pie before serving it with a dollop o’mustard.

As seen in this very dodgy snap, here. I am ashamed of the quality of my pics, really.